Flemington Car & Truck Country is proud to announce that Steve Kalafer, our chairman, is officially being inducted into the 2019-2020 class of the New Jersey Hall of Fame (NJHOF) in the Enterprise category! We want to thank everyone who helped Steve receive this prestigious recognition.

Besides being our chairman, Steve does a lot in our community such as:

All winners have been residents of NJ for at least 5 years. It took a few steps for Steve to get his rightful spot in the NJHOF:

Because of these challenging times, the NJHOF induction ceremony will be a 1-hour virtual pre-recorded event taking place on Sunday October 18th, 2020. If you want to see or hear Steve receive his recognition, the event will be broadcasted on a number of TV, radio & social media platforms throughout our state.

Since 2008, the NJHOF has been honoring those New Jerseyans who are deemed as contributing the most to society and the world beyond. In 2013, a Mobile Museum was created to showcase the legacy of these hall of famers and it was recently announced that the Hall of Fame would have a permanent home at the American Dream Meadowlands mall in East Rutherford. 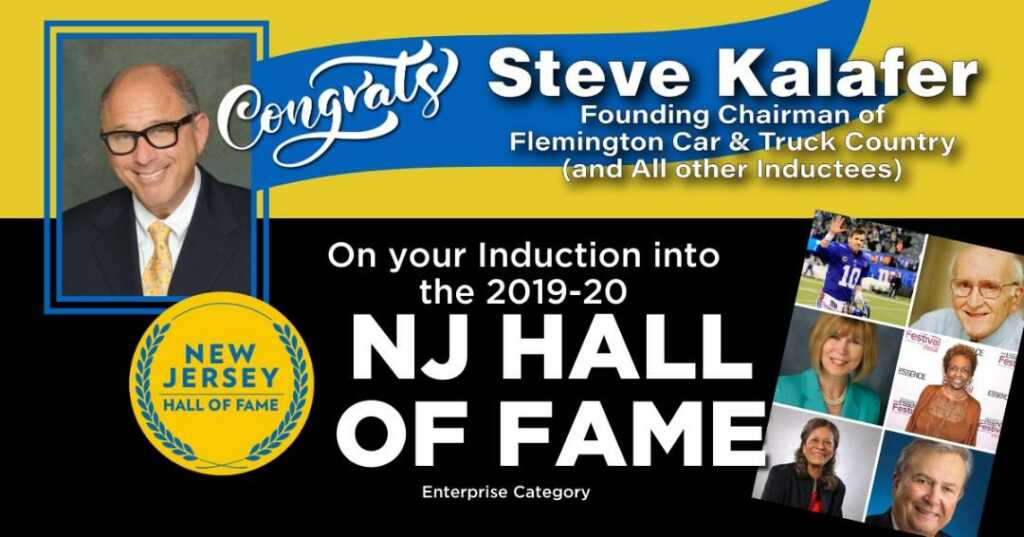 There are a total of 5 categories of inductees in this year’s NJHOF class. In addition to Steve, there are 4 other inductees to the NJHOF in the Enterprise category. They are:

For the Sports category, former NY Giants QB & Super Bowl winner Eli Manning of Summit was inducted along with:

The Public Services category has 5 inductees in this year’s class. They are comprised of:

The category with the most NJHOF inductees in this year’s class is Arts & Entertainment. The new members are as follows:

Last but not least, the Arts & Letters category has 5 NJHOF inductees for the 2019-20 class and they are: